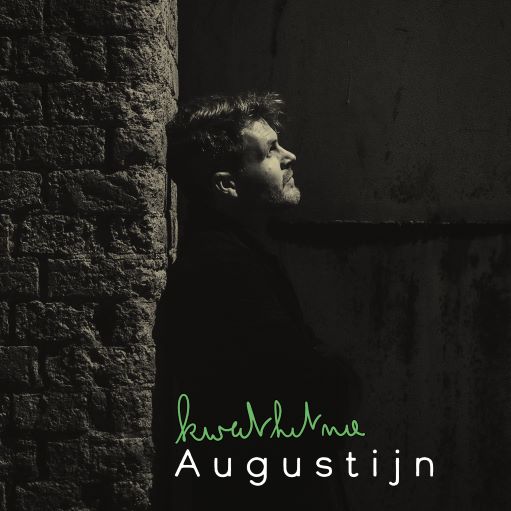 The group obviously had so much fun creating the exquisite work of musical art and so they should. It takes this work of art to the next level and brings up the question…when will we hear more?

While I am usually a big believer in music videos needing to be visual to the point where it feels like something is going on, this particular video by Blue and Broke is an image of a single person singing in front of a black background.   This is important to me though because it makes it feel like you’re just being stared in the face and confronted about something which perhaps you do not wish to be confronted about.

Night Shadows is “…an explosion of life that appeals to both the heart and the mind and excites the listener with its sheer creative energy.”

Blue and Broke explore a number of different styles and moods from the smoky film noir of “As I Can” to the country folk of “Bear It All” to the funk-inspired hard rock of “Ready,” but everything they try suits them simply because they so clearly love the act of creating music and being a part of its history. Night Shadows isn’t above referencing pop culture or the long history of popular music, and by beautifully and effortlessly synthesizing both the high and the low the band is elevated to a living individual work of art.

END_OF_DOCUMENT_TOKEN_TO_BE_REPLACED

Wow: “Anthuenis goes on a rant like a possessed Morrison”

‘Ready’ has the most modern vibe of any track on the record. A rolling bassline and steady groove drums give Anthuenis a trip-hop rhythm over which to get expressive. Organ and deep city horns whir by like passing traffic. ‘The Shell Game’ provides further dimension with a drum-led march accented by demented organ runs. A trick often utilized by The Doors. Anthuenis goes on a rant like a possessed Morrison.

Night Shadows shows off the depth of this multifaceted band. A group whose love of American music has permeated their art in many ways. Yet, the European vibe remains creating a fascinating confluence of musical tributaries.

Blue and Broke explore a number of different styles and moods from the smoky film noir of “As I Can” to the country folk of “Bear It All” to the funk-inspired hard rock of “Ready,” but everything they try suits them simply because they so clearly love the act of creating music and being a part of its history. Night Shadows isn’t above referencing pop culture or the long history of popular music, and by beautifully and effortlessly synthesizing both the high and the low the band is elevated to a living individual work of art.

For a pop band, Blue and Broke is far more adventurous than the large majority of contemporary pop bands and singers. This group is smart and eclectic and has created an album that features aural surprises at nearly every turn. One called “Ready,” for instance, slips in some soulful horns and organ. These sideroads keep the listener listening closely for what may happen next, which is about as high of a recommendation one can give an album.

Nieuwe recensie: Night Shadows from Blue and Broke is a band having fun and experimenting with their sound.

The band rallies around Anthuenis’ fine vocals that are able to adapt to any style of music that’s being played and bring the track together in a usually pleasing way. Perhaps a few more choruses that really bring out their sound could have helped take the album to the next level, but it’s still a record that is a fun listen with many influences.

As cogent as Anthuenis is as she’s coaxing out melodies, high notes, and harmonies, the star of the stars for most of this 12-track affair is unequivocally Danny Verstraete, who simply breathes life, worlds, and gyrating little creatures into his piano and, especially, his Hammond.

Skeptical? Then just peruse “Bear It All”, which follows up “I Can” with keyboard work every bit as nuanced and textured as any tubed or effected guitar ever was. Granted, such coloration in the tune is surely assisted by the acoustic guitar that counterparts Verstraete’s playing, which seemingly wavers and pirouettes through the number.

But it’s so compelling that Anthuenis catches the vibe quick and gets to “drinking and dreaming” on the lyrics. The drums don’t pick up in earnest until about a minute into it, meandering along at a nice easy tempo too bouncy to be a ballad, but with such a feel nonetheless. Nonetheless the Hammond, the vibrato in the notes, is sheer fantastic—if not quite fantastical.

The piano player takes the front on “Night Shadows” with an interpretation of the tune that sounds every bit as ethereal—and spooky—as anything Doors’ organ specialist Ray Manzarek ever put down. In fact, this one’s got a distinct “Riders on the Storm” feel and appeal with a haunting melody that’s perfectly accentuated by male vocalist Henk Hofstede, who joins the party for this track only. He and Anthuenis go note for note, word for word in a spiraling up and down jaunt that’s shivering, giving Pedro De Bruyckere plenty of room to dive right in for a torrid guitar solo.

One of the best tracks on the album, “Was It Worth It,” pushes out simmering bluesy textures, sleazy and voluptuous, as Melissa injects the lyrics with dark, portentous timbres.

I’m always a big fan of albums having a plan when they are listened to from start to finish and feeling like more than just a collection of songs.   “Night Shadows” has that, but it also ends on the perfect song in “We Survived”.  It’s such a lovely song, but it wouldn’t work if it opened the album or was halfway through.  The end is the perfect place for it because it leaves us with that sense of hope.  That sense of moving forward.  And after the year 2020 was, I think we could all use a little bit more of that.

Vandaag speelden we in primeur een akoestische duo versie van Was It Worth It, gevolgd door No Reason To Panic. Nee, geen link, even wachten tot dinsdag.